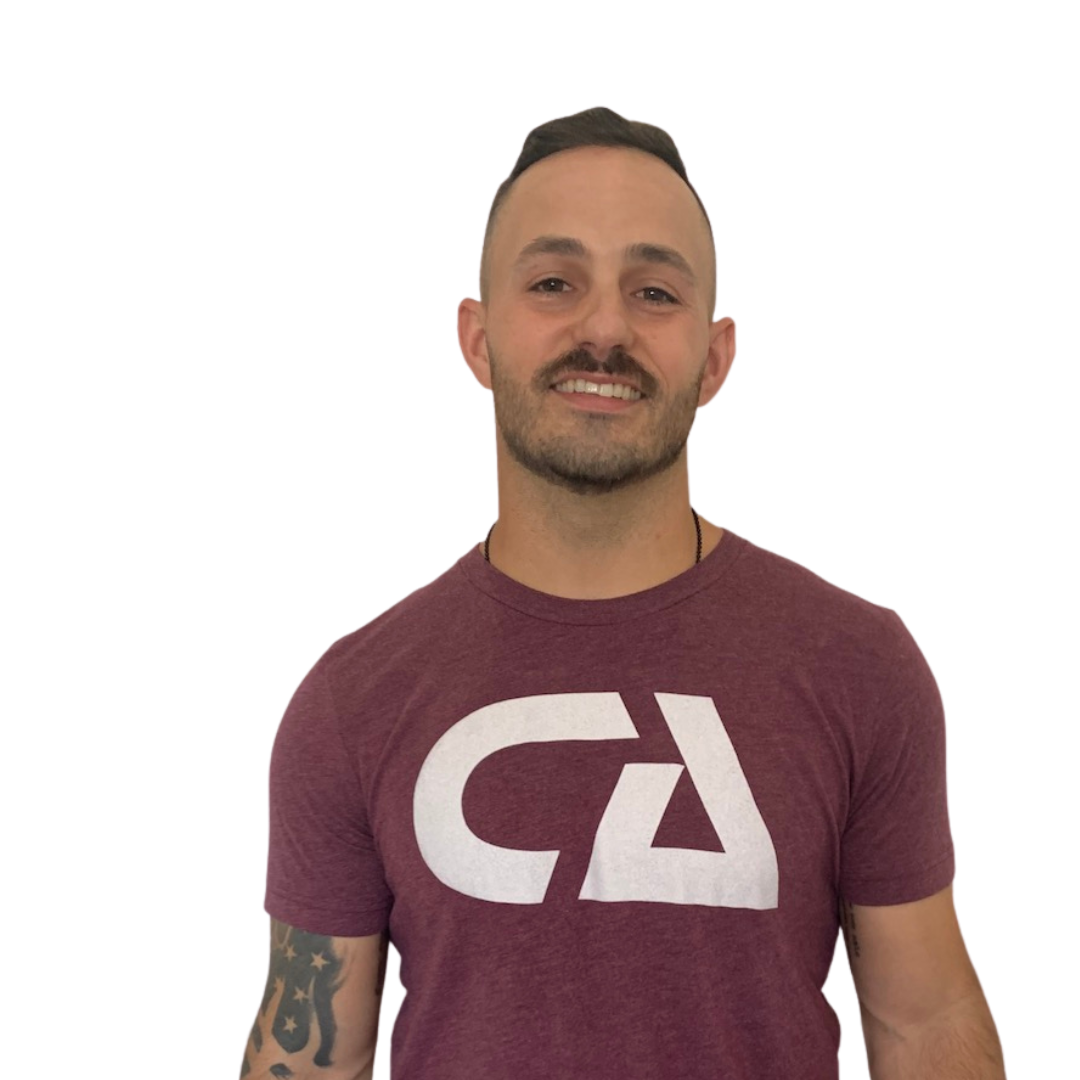 Michael is a career coach and has spent the majority of his life in the world of movement and athletics. He grew up playing baseball, football, hockey and soccer, as well as competing in wrestling, in his elementary and middle school years.

However, it was football and baseball that he fell in love with in high school.  A four-year starter on the varsity football team and a three-year starter in the baseball program, Michael discovered his other love during the off-seasons: the weight room. He ran track as a 55-meter sprint athlete, as well as a 4x100 relay participant, but you could always find him sneaking off to the weight room amidst practice.

Michael noticed the benefit of strength training as it increased his speed, strength and performance, earning him the starting running back role as a freshman and a varsity baseball nod as a sophomore. He was addicted. His life revolved around athletics. His summers were akin to manual labor with his regimen of captains practice, late-night runs, and more. His obsession for performance and personal development took over. This carried into college.

As what might be perceived as an undersized athlete, at 5’5” and 150lbs, Michael played three years of football at Framingham State University as a wide receiver, kick returner and punt returner for the Rams, before a season-ending ACL injury that ultimately closed out his college career in 2012.

This wasn’t the end of things for Michael’s athletics, though. Upon graduating, he had already received his CSCS (Certified Strength and Conditioning Specialist) and accepted an internship as a Strength and Conditioning Coach with Athletic Based Training, under the tutelage of Liane Blyn, now Director of olympic sports at Arizona State.  It was here that he fell in love with human performance. From 2013-2017, Michael competed in Olympic Weightlifting, and also played semi-professional football for the Taunton Gladiators. Thus began his journey in the wellness/fitness space, and a significant shift in mindset and philosophy.

In the following years, Michael moved into the Crossfit space as he took over as General Manager at Crossfit Crag. He competed in multiple Crossfit Opens, tested his limits, continued to fall in love with the evolution of his fitness journey but realized there was something missing. In the midst of this, he spent countless resources on mentors, coaches and continuing education. It was during this season of discovery that gave language to what Michael was already feeling and noticing within the fitness industry. The mantra that Michael lives by is “More Than Fitness,” which he understands to be “a constant state of evolution and radical pursuit of healing and deep health principles.” More Than Fitness is the culmination of Michael’s life experiences.

Michael began to explore new modalities of healing and holistic health. The farther he traveled down the road of fitness, the more he discovered the need for mindset and cognitive coaching, emotional healing, real food nutrition application, existential development, social-environmental influence, connection to the earth and more.

Michael believes in what Human Psychology refers to as the Transtheoretical Model (TTM), including  Maslow’s Hierarchy of Needs, Motivational Interviewing and other systems and modalities for creating lasting transformation and change!