How I Became Disillusioned With the World

We are all born into a world that we do not necessarily question. We tend to accept authority figures such as doctors, teachers, and other professionals. We are taught from a very young age that obedience to authority is right and disobedience is wrong. We go to school to earn good grades, visit the doctor when we are sick, and try to climb the ladder so we can live the elusive “American Dream.”

After college, I began to have an awakening, not because of any singular event, but rather a series of events that made me question the institutions in which I had placed my trust and my belief that they would produce the life that I wanted.

Before I reveal the paradigm shift, it is important to contextualize the events that led to my questioning and acceptance of a divergent narrative of how to live my life.

When I was 10 years old, I distinctly remember coughing up food particles and suffering heartburn after a tennis match one summer. The condition never went away, so we went to the doctor. Barium swallows, Tums, Prilosec, Nexium, and Pepcid were all part of the next 12 years of my life. 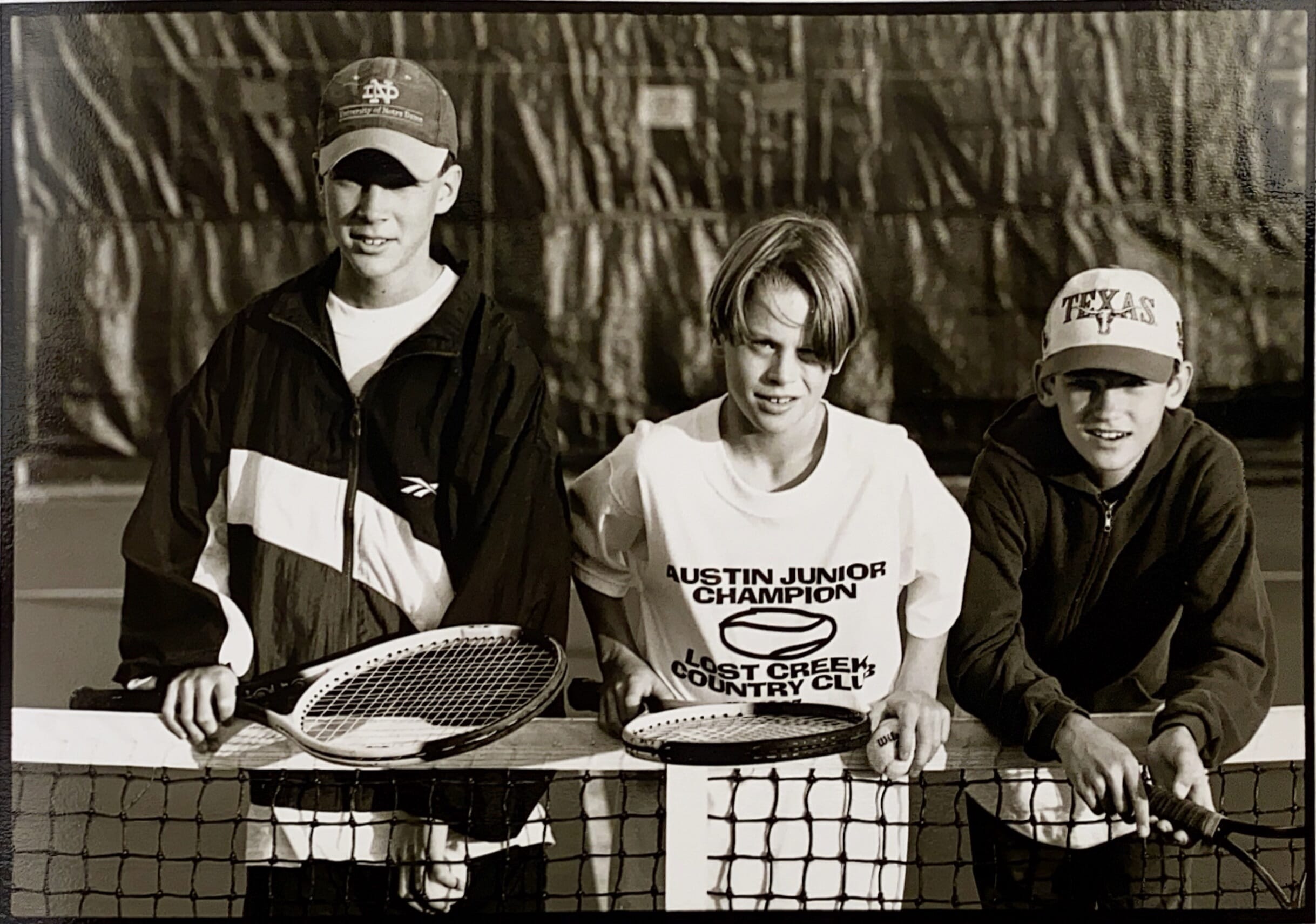 I didn’t question taking a pill for the rest of my life or eating a bottle of Tums every day since it took away the pain and discomfort. I went on with my life and didn’t think about it. 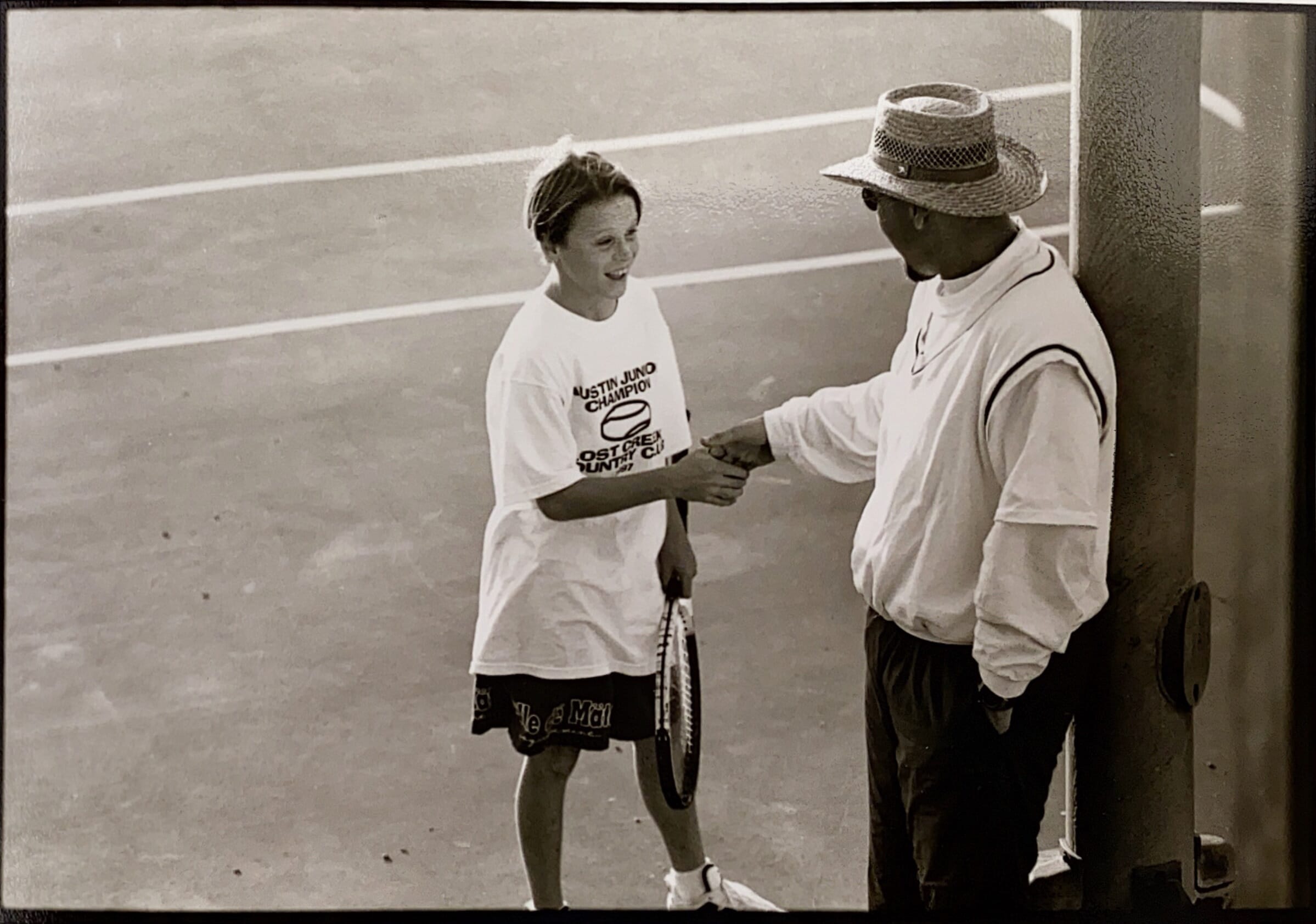 When I turned 17, I had some pimples. Thinking there was a simple solution, I went to the dermatologist and was prescribed minocycline for my skin. Although my skin was never terrible, I preferred having something to keep it clear. Little did I know, long-term Minocycline use can cause severe side effects (using for longer than three months is not advised).

In the Summer of 2008, I was awarded an internship in Ho Chi Minh City, Vietnam. With no friends there and nothing to do outside of work, I committed myself to getting into the best shape of my life for the three months I stayed. I trained six days per week and invested several hours a day learning about strength and conditioning principles. I pushed my body and mind each day I was training in the gym, integrating and exploring my new understanding of movement. 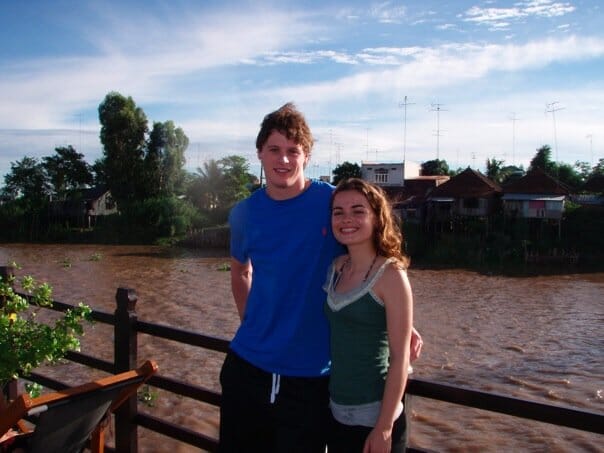 This experience of isolation, hard work, and the understanding that you get out of life what you put in were emotionally integrated. I was taught the power of beliefs and how training your mind is the gateway to the life you want to live. 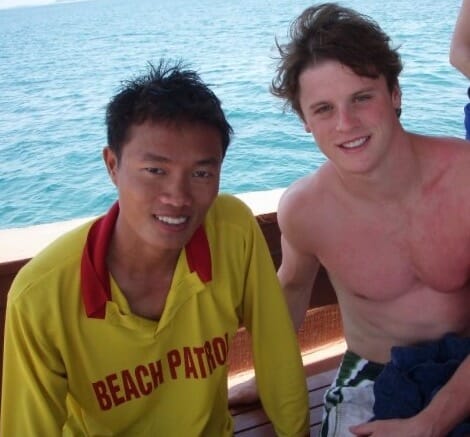 After college, I landed another internship working inside sales that led to a full-time position at Augmentix. Augmentix developed rugged computing solutions for the military, public safety entities/first responders, energy sector, homeland security, and telecommunications.

I still had a desire to stay in shape and found myself incredibly bored and understimulated by the position, spending most of my time researching strength and conditioning and taking naps in my car. After three months, I threw in the towel and began coaching two 6 AM classes at Westlake CrossFit, thus utilizing the certification I had acquired after my stint in Vietnam. 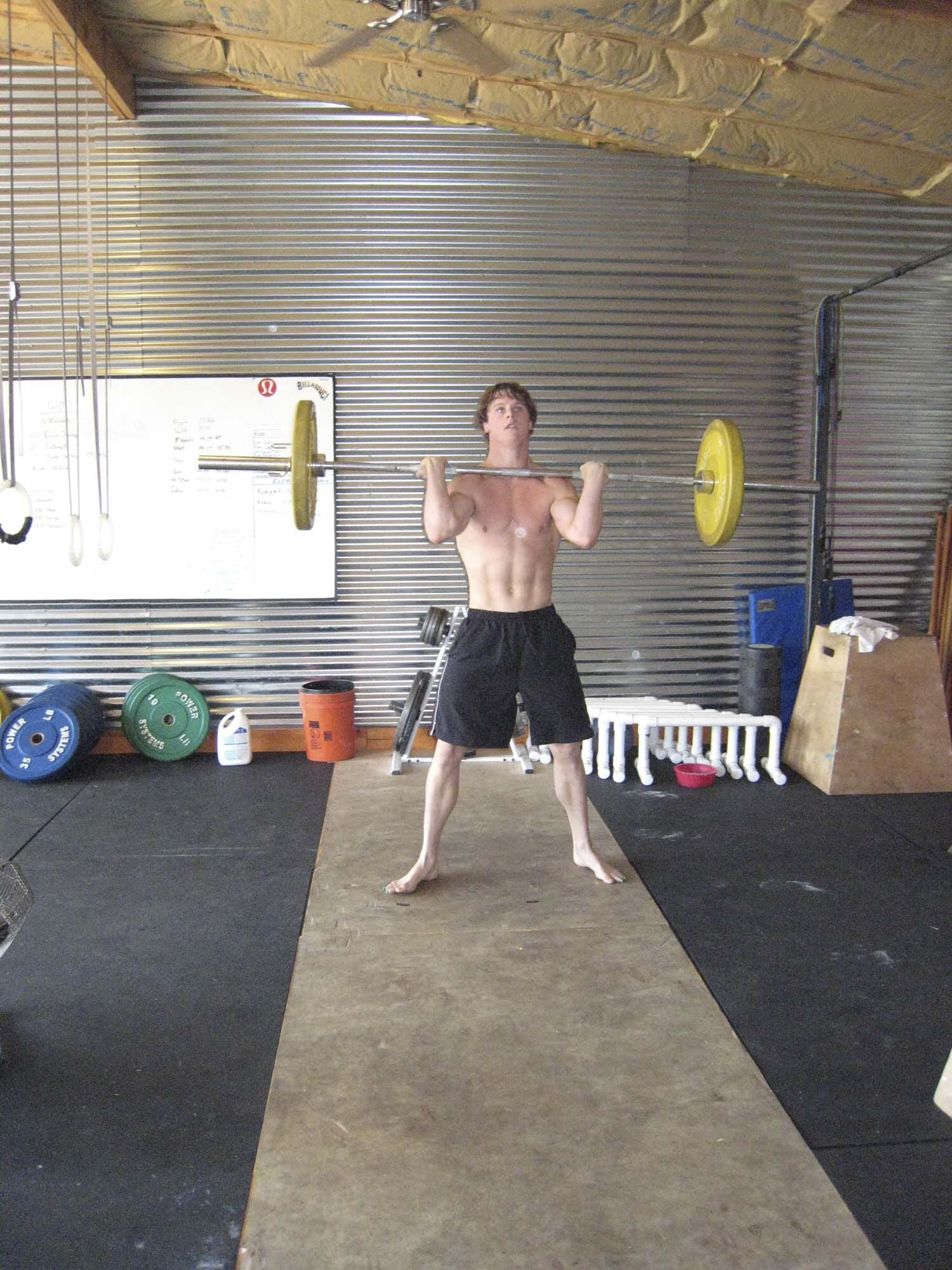 CrossFit changed my life. It was the gateway to a physical subculture and a relationship with ephemeral suffering. I forged mental resiliency through arduous tasks and applying my training to goals that seemed impossible: 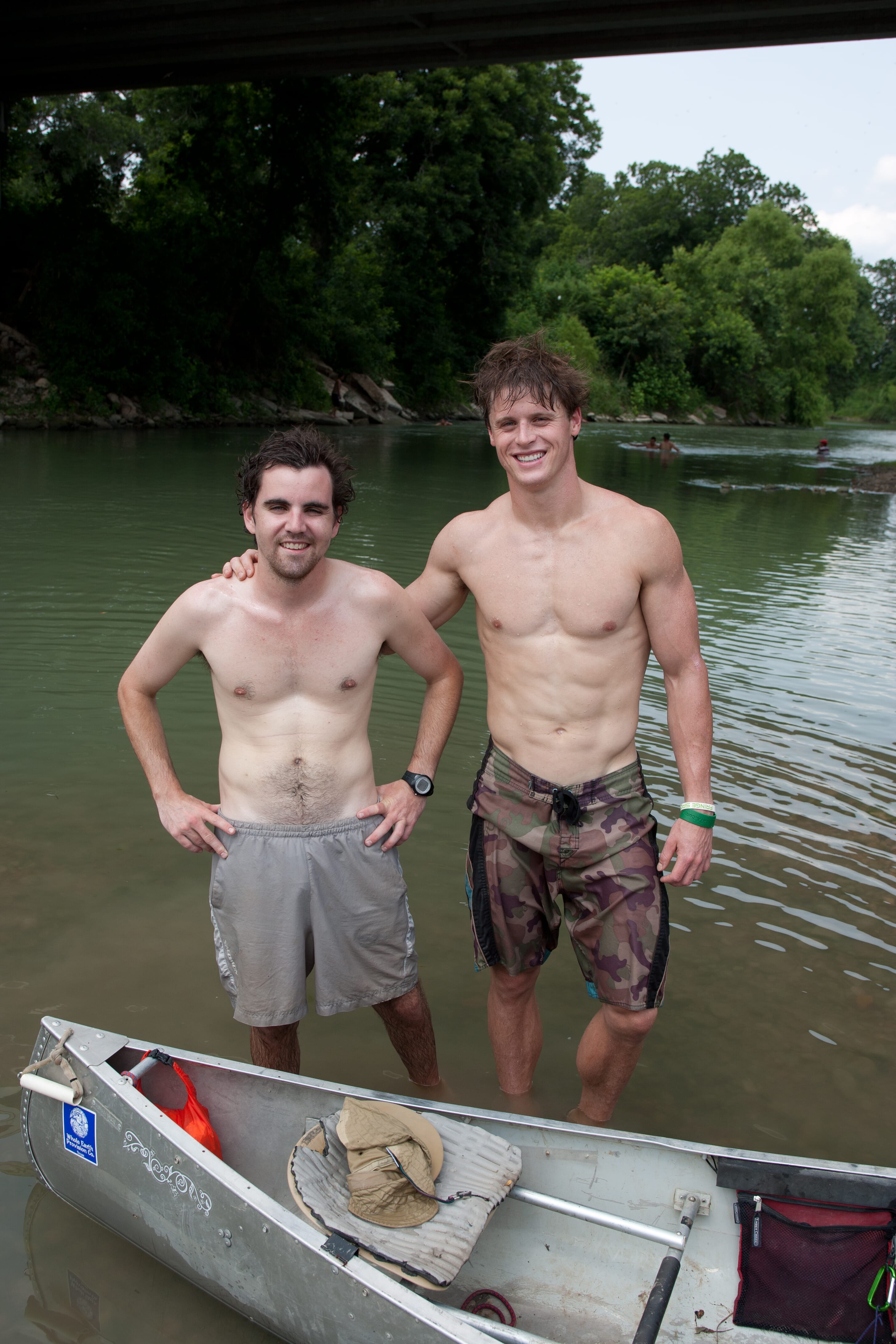 When I deepened my understanding of the power of our minds, it broadened my perspective and made me start questioning the institutions and beliefs that I held as true.

During this period of time when I was running a considerable amount, I noticed my toes progressively curling under my feet. It got to the point where it was uncomfortable to walk because I was walking on my toenails, so I made an appointment with Texas Orthopedics.

I was told I have a combination of hammer and mallet toes and it was suggested that I have surgical tendon release on toes two through four on both feet, including metal rods drilled into each toe. I was encouraged to get the surgery and in hindsight, this was likely the event that shattered my previous framework of the world. I began to lose trust in institutions and slowly started becoming disillusioned with the world.

After the surgery, I woke up in agonizing pain, often getting my pins tangled in my bed sheets. Looking back at the event, I don’t think I had a clear understanding of the level of trauma that would happen to my feet. During the operation, one of my tendons slipped off the traction device and the surgeon was never able to reattach the tendon. This surgery, along with the doctor’s inability to reattach the tendon, led to permanent toe issues that are unable to be corrected.

After five weeks of enduring pins in my feet, Texas Orthopedics pulled them out. I was surprised that my feet had grown an extra size and I had to buy new shoes! However, a week later, my toes reverted, curling again to their presurgical state and I now had neuropathy, loss of feeling, and could no longer flex my toes through knuckles two and three.

I scheduled a follow-up and was told by my orthopedic surgeon that this happened because I likely have a neurological condition called Charcot-Marie Tooth syndrome. When I asked him why he didn’t tell me this before I permanently altered the structures of my body, he told me he isn’t a neurologist and couldn’t diagnose the condition.

I felt betrayed and that I had made a terrible mistake. I would have at least appreciated the foresight that he speculated I had this condition; I felt like he saw the dollar bills in the surgery and manipulated me by not disclosing his full perspective. 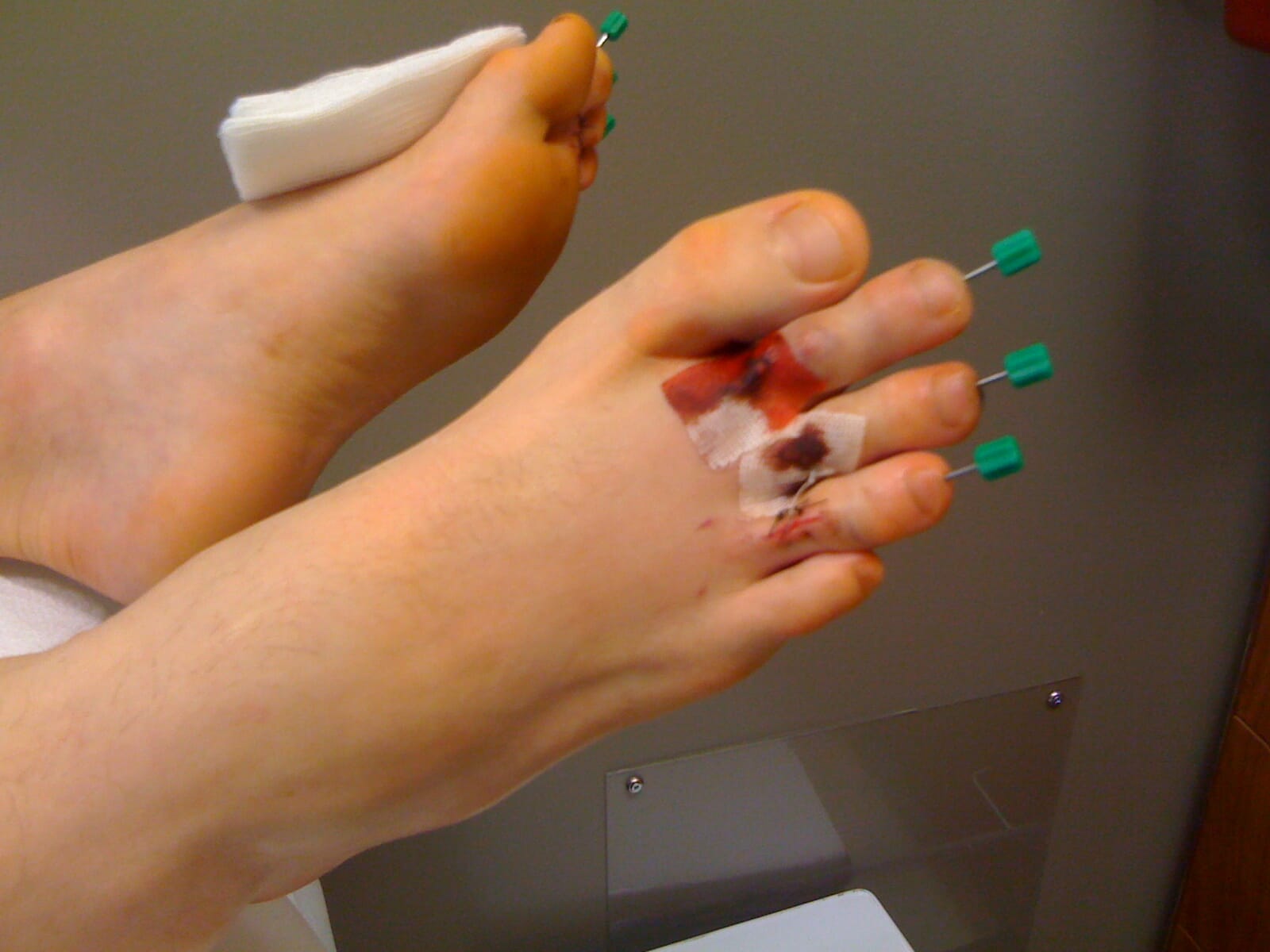 This is where I had had enough. My toes were worse than before; I had continual bouts of diarrhea, and my skin became sunburned very easily.

I realized the surgery was a mistake and that I needed to take ownership of the mistake and quit blaming the surgeon for the lack of information.

I realized, too, that Nexium—which I was taking for heartburn—impairs a patient’s ability to digest and assimilate foods and that was leading me towards nutrient deficiencies (confirmed by SpectraCell testing). Additionally, at least one study demonstrated that long-term use of Nexium and other PPIs could also increase the risk of death. The FDA warns that patients should never take Nexium for more than 14 days at a time. And they should never take more than three 14-day courses in a year. I had been taking Nexium for five years and not one doctor had mentioned this to me!

On top of this, I realized that I had destroyed my gut microbiome from over 10 years of consistent antibiotic use, and no one had informed me of this either.

I had been destroying my greatest asset, my health, and no one had given me this awareness. With this realization, I knew that I needed to become an advocate not just for myself, but for others as well.

When I dug into this issue of our nation’s decline in health status while costs were continuing to increase, my perspective became that if we address our agricultural system, many of the things that ail us would be a distant memory. Healthcare costs would decrease due to a healthier population.

One of the largest-ever scientific analyses of regenerative agriculture (November 2020), attempted to answer the question of whether this form of agriculture can feed a growing global population. The American Journal of Science Advances analyzed 41,946 comparisons between ‘‘diversified’’ (regenerative) and ‘‘simplified’’ (intensive) agricultural practices. Its results are in the title: Agricultural diversification promotes multiple ecosystem services without compromising yield.

The brains at Science Advances concluded that, overall, farmers do not experience a reduction in crop yields when they adopt regenerative agricultural practices. The study also underlines that every farm requires its own balanced combination of these practices in order to achieve the best results, which is one of the biggest challenges facing farmers who wish to switch.

The federal government spends more than $20 billion a year on subsidies for farm businesses. About 39 percent of the nation's 2.1 million farms receive subsidies, with the lion's share of the handouts going to the largest producers of corn, soybeans, wheat, cotton, and rice. [3]

From an ancestral health perspective, we had not been eating these foods until about 10,000 years ago, with the advent of the Agricultural Revolution. As we have shifted from an ancestral diet, the prevalence of preventable, Western disease has skyrocketed.

What if we subsidized local/organic produce and meat from ranches that practice regenerative agriculture? We can align our nation’s health, the environment, and climate by creating affordable, healthy options that nurture the natural world.

It’s my belief that when we live in accordance with “natural laws,” the laws that have been governing our physiology for the last 2.6 million years, we will become healthier individuals and less of a burden to society (both financially and in the form of social services). In short, we will regenerate our degrading environment and progress as a civilization. These natural laws are:

At 34 years old, as a small business owner, father, husband, and guardian of #JamietheDog, I’ve learned that extremely challenging circumstances might cause us to question commonly held beliefs. This can ultimately lead to our greater good. To an extent, we can choose what we believe and the world we want to be a part of.

Everything can be a poison or a remedy; it’s the dose that makes the poison. Everything has its place, but we should question what we know as “true” and take part in a collective unlearning of indoctrination that has gotten us sick, out of touch with our spirits, and disenfranchised as a civilization.

Before you discount this as hyperbole, consider the following:

While the notion of “unlearning” may seem extreme, we must question the popularly held beliefs that brought us to the state of health the United States faces. For decades, low-fat foods were considered healthy. We chose trans fats, hydrogenated oils, and foods laced with sugar, and abandoned meats and foods with higher fat content, such as olive oil, avocadoes, and butter. Health has declined as a result of bad science and public policy that followed. Additionally, the emphasis on eating 6-11 servings of grains is equally poor advice, especially since the population majority is not active and has high amounts of body fat. Taken together, these create a recipe for a metabolic disaster.

To an extent, I’ve rejected modern institutions such as Western medicine to treat chronic disease; I no longer take medications and have gone through years of physical, emotional, and spiritual “healing” for decisions I made in my past. I stay away from the things that degrade my health and lean into the things that make me feel good. However, there is a balance, and I make sure not to live my life on the sidelines, watching my friends and family participate while I wallow in my virtuous healthy ideals.

I’ll have a few drinks per year, and indulge in some spicy or unhealthy food. I’ll rekindle relationships that have burned me in the past in an effort to forgive. Just like a lot of others out there, I am on a quest to continue to create the most meaning and joy for my life and those around me.

Central Athlete represents the transcendence of my being, embracing the lessons I have learned along the way. Central Athlete serves as an entity that offers hope that living an intentional existence, one that is individually curated, will lead to the life that you dream of. 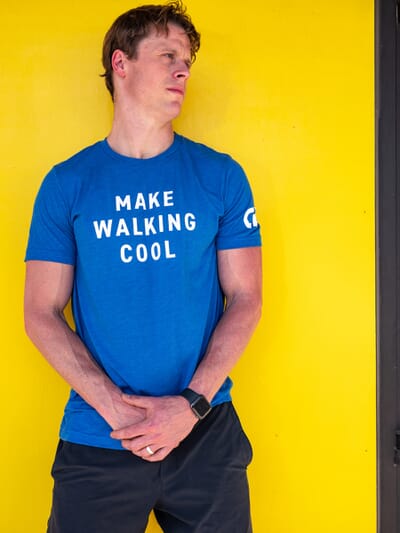