Why You Don't Need The Gym

The fitness industry is guilty of overcomplicating how to maintain a lean body composition, optimize markers for health, and maintain mental acuity. From High-Intensity Interval Training to Orange Theory to CrossFit, they seem to perpetuate the myth that the more work and intensity a person does, the better. Essentially, if you are not where you want to be, you need to do more and possibly eat less.

If Central Athlete exists for one reason, it is to abolish that notion and perpetuate one simple message:

“We are what we repeatedly do. Excellence, then, is not an act, but a habit.” — Will Durant

In essence, people are not where they want to be, not because they are lacking a particular amount of volume or intensity within their training programs, but typically because their lifestyle consistently misaligns with the behaviors that support health and progress. When people jump to the volume/intensity paradigm, yet fail to demonstrate consistent movement and nutritional habits that support health, this is very problematic and sets them up for a series of yo-yo patterns of behavior and ultimately never reaching their health and fitness goals.

Our position at Central Athlete is that an optimal amount of walking, around 7,000 steps at the low end with 10,000 per day being ideal, combined with sound nutritional practices, will avoid the necessity of the gym for most people. A 2015 study in the American Journal of Clinical Nutrition suggests that low levels of physical activity are a risk factor for fat mass gain. A threshold for achieving energy balance occurred at an activity level corresponding to 7116 steps per day, an amount achievable by most non-disabled adults.

Here’s the problem: according to another study in 2017 about The Prevalence of Overfat Adults and Children in the US, 91% of adults in the United States have unhealthy body compositions. The answer isn’t caloric restriction or tiring yourself out in the gym. In fact, a 2016 study from the American Journal of Clinical Nutrition demonstrated that counter to the energy surfeit model of obesity, results suggest that increasing your energy expenditure may be more effective for reducing body fat than caloric restriction, which is currently the treatment of choice for obesity.

Okay, increase energy expenditure. Got it. I’m going to eat to satiety then burn it off in the gym. The problem with this notion, however, is that when we study the composition of our body’s metabolisms, we realize that our Basal Metabolic Rate (influenced by the amount of lean body mass) and Non-Exercise Activity Thermogenesis (NEAT) are the primary constituents of our metabolisms. Why would we focus on Exercise Activity Thermogenesis (EAT), which compromises the least amount of our Total Daily Energy Expenditure (TDEE)? 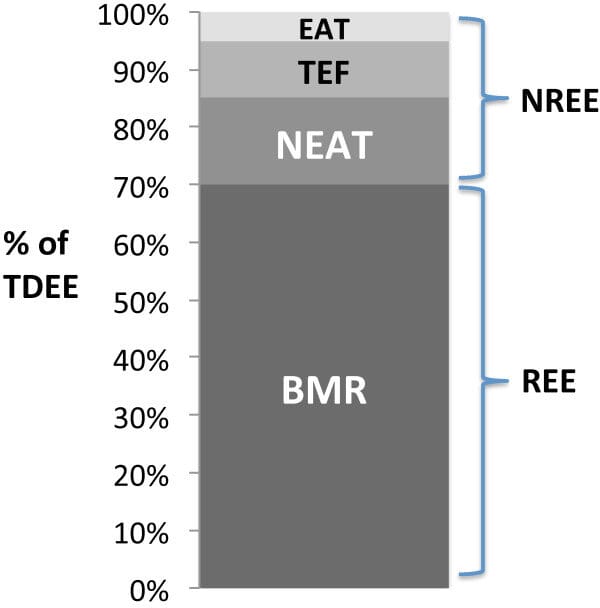 Simply put, the majority of people are overweight in the United States. Working at a relatively high intensity or volume in the gym is improbable for most, due to the psychological resistance associated with adhering this challenging regime for long periods of time (months and years.) Combine this with the fact that there are 23 hours of the day when we are not in the gym, why then, would we focus all of our effort on the one hour we are in the gym?

If we focus on sound nutritional practices alongside an optimal amount of walking for years, it will be much more likely to establish a normative body fat percentage, markers of health, and mental acuity. Let me say this again: walking 10,000 steps per day with sound nutrition practices is sufficient for the majority of people to be healthy. Save your money on gym memberships, celery juice elixirs, and overpriced trainers. Commit to the daily practice of walking and general low-intensity movement spread throughout the day.

If you have already accomplished this amount of movement consistently and have still not achieved your desired outcome, that’s where Central Athlete helps people get “unstuck.” From imbalanced hormones to dysbiosis to ineffective training and nutritional plans, Central Athlete’s Free Strategy Sessions will provide the insight necessary to put you on the right track. However, some people need that extra layer of support and require another level of support and guidance. That’s where Onsite Training or Remote Coaching come in handy. 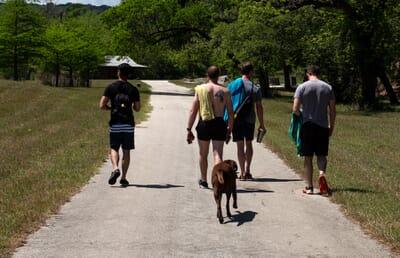