What You Can Learn From Tom Brady's Eccentric Habits

Nearly everyone, football fan or not, has heard of NFL quarterback, Tom Brady. If not, here is a quick summary. Tom Brady is the 44-year-old star of the Tampa Bay Buccaneers and for two decades the New England Patriots. He has appeared in 10 super bowl games and has won seven, making him the winningest quarterback in history by a lengthy margin! His last three wins were at an age and time of his career when he should have been far past his prime into typical irrelevancy. What he has managed to accomplish athletically is beyond normal comprehension.

Tom has never credited his success to luck, especially as he began to age. He has doubled down and became famously obsessive over his health. For many years fans and critics mocked his habits as silly or extreme, but at this point, it’s difficult to ignore the benefits. As he finds success at a point in his career no one has entered before, we have to acknowledge that Tom Brady is doing something right, and we should all take note.

While most people are far removed from being an elite-level NFL quarterback, they can still reap the benefits of injury prevention, improved body composition, and increased energy levels by adopting some of Tom’s established fringe habits.

Similar to our own recommendations to ‘eat close to the ground’, Tom Brady is famously strict in keeping this boundary with his food consumption. Tom’s diet consists of food that are minimally processed, organic, non-GMO, and hormone-free. Sounds pretty common, right? The big difference from conventional low processed “diets” is his balance of animal and plant-based foods. His diet consists of roughly 20% animal protein, while the rest of his intake comes in the form of fruits, vegetables, gluten-free grains, and legumes.

His diet is more famous for what he religiously excludes. Processed foods, trans-fats, gluten, dairy, coffee, and alcohol fit nowhere in the coined ‘TB12’ protocol. Where people begin to raise their eyebrows is his abstention of nightshade fruits and vegetables. Because of their potential to increase the inflammatory response, Tom avoids foods like eggplants, potatoes, peppers, and tomatoes. While it has been heavily debated on whether these foods actually contribute to inflammation, it’s hard to deny the anecdotal success.

While it may seem extreme for someone who simply wants to feel great and be active to avoid tomatoes, we live in a world that is obsessed with the overconsumption of foods that promote inflammation in the body. There is a direct correlation between the state of health in this nation, and it's overindulgence of heavily processed foods.

Football programs have long centered their exercise protocols around resistance training alone, but Tom has run far away from the weight room. While most of the movement patterns he performs are familiar to anyone who has spent time training, his strength program revolves almost entirely around resistance bands. The goal of the TB12 training method is to keep muscles soft, flexible, and active. Tom and his trainer Alex Guerrero believe that weight training alone causes muscles to become short with a higher chance of tearing during the explosive movements and impacts of an NFL season. (1)

Before and after his training sessions, Tom spends time with Guerrero working tirelessly using massage techniques to maintain the length and elasticity of his muscles.

While most people aren’t throwing a ball as hard and fast as possible, while also avoiding collisions with people every week, there needs to be some acknowledgment of the success of this practice. A common fear and frustration in strength training is injury. For the average person looking to live well and prosper, understanding the limits of your musculoskeletal structure through an in-depth assessment, and then training in a way that embraces the exploration of the full range of motion of a joint has broad similarities to the ‘TB12’ method. If people can accept that a general rule of resistance training, regardless of equipment, is that improving and maintaining the full range of motion, this fear of injury would be drastically quelled.

It would be ignorant to believe that a person could experience such heights of unexplored success by innovative physical and nutritional habits alone. To be great at anything for an extensive period of time, one must have their faculties in immaculate order. Tom credits four mental habits to his overall success; starting each day with a positive outlook, pouring his best effort into everything that he does, opting to control his reactions in a positive way, and taking opportunities to learn from his failures.

“I don’t like to focus on negatives or make excuses,” Tom says. “I am never a victim. I gain nothing if I get angry or frustrated. If I throw an interception or have a bad day, by staying in that place, I will just make things worse.”(2)

Everyone can learn something from this mindset. We all have obstacles and stressors that feel as monumental as the Super Bowl. We all have the ability to practice positive and mindful reactions to our stumbles. Our reactions and mentality have a direct relationship with the levels of stress that we carry, and that stress is well established to affect our physical and mental well-being.

While everyone is looking for the next guru or innovation to solve their health and fitness shortcomings, there is nothing novel about what Tom Brady has done within the TB12 method. The only thing that he has likely done to an extent rarely seen before was having undeniable focus. In fact there are many parallels with what we value and preach at Central Athlete. Tom took concepts commonly seen in the health and athletic arena and has taken them to a monk-like level. If anything, aspects of the TB12 method are proof that persistence and consistency will prove successful beyond anything else.

If you are interested in pouring your effort into consistent and sustainable practices within your fitness and health, chat with a professional coach today by clicking HERE! 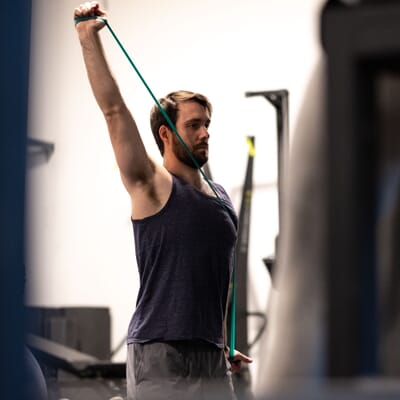