In 2008, my final year of college, I managed to secure a summer internship with Highlands Coffee in Ho Chi Minh City, Vietnam. Three months in Vietnam with few native language skills left me with more free time than I had had in Fort Worth, Texas. I decided to commit myself to trying CrossFit.com. I became so fanatical about this new method of training, that I earned my Level 1 CrossFit Certification the same month I arrived back in the States.

In 2009 I graduated with a Business Degree from TCU and returned to Austin, where I grew up. I quickly found myself working in a corporate cubicle, dreading my days, and surfing various fitness websites. For those of you who know me, you’ll know that I was a ticking time bomb. In the meantime, I started training at a local CrossFit facility. It was way different than doing CrossFit by myself. After a year of CrossFit, I felt like I was really training for the first time, and my fitness level and knowledge base exploded. I finally decided to ditch the corporate life when I was asked to Coach the Tuesday and Thursday 6AM CrossFit group classes; it was a beginning.

As I look back now, I’ve gained insight into where the CrossFit regime fell short. A year into my tenure at my local CrossFit facility, I experienced a plateau. While I was in much better shape than before, my strength numbers were no longer rising; and though my conditioning was improving, it wasn't reaching the level I desired. This is what brought me to question the training and the methodologies I was embracing.

Then serendipity intervened. Through contacts in the fitness community, I took advantage of an opportunity to travel to the Sri Ram Ashram, India’s first CrossFit affiliate. Our mission: to help spread fitness awareness and bring fitness equipment to the orphanage there. Nestled in the foothills of the Himalayas, the ashram was a tranquil but materially-poor oasis. The children were hungry to better themselves. One of the other Coaches who came on the “pilgrimage” to India was Brett Marshall, the business and training partner of James Fitzgerald, winner of the 2007 CrossFit Games. This experience introduced me to his business, OPEX (formerly OPT), currently based in Scottsdale, AZ, and provided the catalyst for me to begin developing my own personal training business. The joy in the children of the ashram, when they learned to equip themselves through fitness, fueled my dream.

Over the next five years, I became a partner at the local CrossFit facility. I evolved as a Coach and helped restructure the business. I learned the “why” behind my prescriptions and broadened my service offerings. I learned the importance of training versus testing, the art of communication and building a strong Coach - client rapport, and the philosophy of embracing individuality as it relates to creating empowering physical adaptations.

Eventually, as our philosophies diverged, I sold out to my partners and took a leap of faith. In 2015, I opened Central Athlete in downtown Austin: the culmination of my experience, education and passion. I developed the model for Central Athlete with a framework that prioritized achieving concrete, measurable results and attuning to the individual client. We have since worked with more than 600 clients and have become pioneers for On-Site Training and Remote Coaching.

Through my experience, I have found one thing to be apparent. Despite one's background and objectives, fitness can be the medium that can connect people to their highest values and allow them live a life by design. Fitness not only crystallized the purpose in my life, it also has become the vehicle that allows me to empower others through Central Athlete. 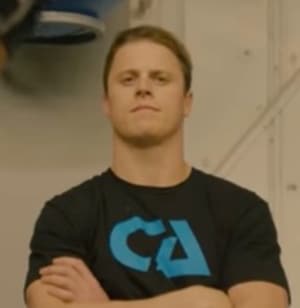