The human race is growing. With nearly 85 million (1) people born each year, it is costly to feed our growing population on a fiscal level (nearly $8 trillion annually (2)). It’s also becoming ecologically unsustainable. Current modern agricultural practices no longer look like the long-term solution for our ever-increasing demand for quality food. With a modern focus on improved planetary and environmental health, the direction in which food is grown needs to change.

It is important to note that none of the criticisms of modern agricultural practices expressed in this article are directed towards the hard-working farmers and agroindustry workers who labor thanklessly to ensure that our refrigerators are full and our bellies are fed. With an influx of people into more densely populated urban and metropolitan areas, the modern farmer and farm worker population is declining. Farm work is tough and constantly ongoing. There’s no true separation between work and life, as they are almost constantly intertwined. It is with much gratitude for the individuals in the farming community that we present these critiques of modern agriculture. Our suggestions for reform on these agricultural practices come from a genuine desire for a more sustainable future for the planet and all its inhabitants.

The way land and soil have been used to produce food has gone against the very way nature intended for the land and soil to operate. Methods such as monocrop farming and synthetic fertilizing are used to produce food as efficiently as possible. Caution is thrown to the wind without regard to what these methods can do to the soil, atmosphere, and other ecosystems on the planet.

Monocrop farming leads to slowly degrading soil quality via constant tilling of the land and overproduction of a certain crop. Continuing to grow the same crop, on the same plot of soil, harvest after harvest, drains the soil of the nutrients necessary to grow that crop. This in turn never allows for the soil to replenish itself.

Whenever the soil degrades, it not only loses the necessary nutrients to grow thriving crops, but can eventually erode the soil away by wind or rain weathering.

Soil erosion presents its own issues. By natural processes, it not only takes hundreds and thousands of years to form just one inch of topsoil (3), but centuries after that for said soil to become fertile. You would think that the advent of synthetic fertilizer solves this dilemma, when in reality, synthetic fertilizer has its own slew of problems that come with its use and/or potential misuse.

Synthetic fertilizers contain large amounts of nitrogen, phosphorus, and potassium (4). These are all important for plant growth and development. However, when natural weathering and erosion take place, say in the form of rain, these fertilizers can invade, disrupt and kill ecosystems. For example, in a process called “eutrophication” (5), excess nutrients, such as nitrogen, enter aquatic ecosystems, cause an overabundance of organic matter decay, and create dead zones in bodies of water where nothing can live. Fertilizer use on land leads to the creation and release of nitrous oxide, which is known to be one of the most harmful greenhouse gases.

We must then look at how degraded soils lead to amplified climate change. Soil sequesters carbon. It is the largest terrestrial carbon sink we have on the planet. Whenever soil is degraded and eroded away, it releases that carbon into the atmosphere, further contributing to anthropogenic climate change.

So how does this cycle break?

Fortunately, there is hope for modern agriculture, the planet, and its people. As mentioned earlier, there is a heightened worldwide focus on a sustainable and renewable future for the planet. Countries are pledging to reduce their carbon emissions substantially over the next 10-30 years, and enacting policies to ensure they reach these emissions goals. Within these solutions are not only improvements and shifts in the automotive and energy industries, but also improvements in agriculture.

Intercropping is one of the ways in which we can alleviate the pressure created from monoculture and synthetic fertilizing. Intercropping incorporates multiple crops grown together at once. When done correctly, this method of farming improves each crop’s resiliency to pests, but also creates a symbiotic relationship between the crops, where they support each other’s growth. Whie intercropping aids in solving the issues present with monoculture farming, it also reduces the necessity of synthetic fertilizers and pesticides, as the ecosystem of crops is more readily able to support a sustainable production operation without added anthropogenic interventions (6).

Methods like planned grazing and composting are other alternative and sustainable methods to further agricultural progress. All of these solutions fall under the umbrella of regenerative farming practices. Regenerative farming, or to be more clear, regenerative agriculture, is the way in which modern agriculture needs to head. If modern practices continue, in 50 years or so the entire world will face a public health problem, as there will not be enough arable soil left to provide the sheer volume of food needed, or enough nutrients in the soil to keep the planet from lacking vital nutrients (7).

In summary, regenerative agriculture can:

This is where the spotlight comes back on the individual. While our global leaders need to continue to prioritize more sustainable, renewable, and regenerative methods of production in all industries, the individuals who inhabit this planet must also become conscious of the decisions they make when they obtain their food. Each decision made at the grocery store, farmers’ market, backyard garden, or community apple orchard is either a vote for a more sustainable future, or one that is perpetuating the unsustainable practices in place by the current agrarian and overall global consumer industry.

Lean into food options produced by regenerative agricultural practices. Aim to shop at farmers’ markets, where one can know exactly where and who their food is coming from. Even if there are socioeconomic barriers affecting someone with income-restricted options, it is still possible to educate yourself on how to advocate for a more sustainable future. There is always something that can be done to contribute to the greater good and prosperity of our global community. 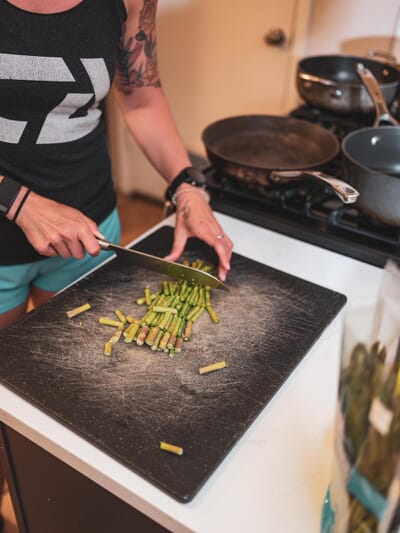