“I was doing CrossFit for about a year and ten months before I joined Central Athlete. The open work outs came up two years in a row and I just did it because I’m competitive and I wanted to have fun with the box. CrossFit caught my want to be competitive and beat people. But I had a couple of weaknesses, gymnastics movements. I was still pretty heavy, not great shoulder endurance, hand stand push ups were tough, grip strength was also weak. These are a lot of things that have improved with training at Central Athlete. After we did all the testing and despite changing every 8 weeks, we always have some part of the programming that is working on shoulder endurance and grip strength. Besides the main exercises like cleans, power cleans, and snatch most of the exercises I had never done before. It was all completely new and I enjoyed that.” 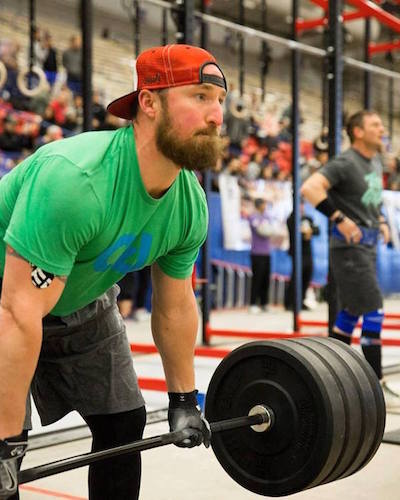