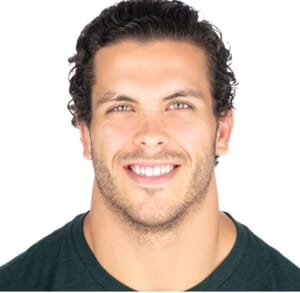 **Steven's client load is currently capped. Steven is currently only taking clients on a select case-by-case basis. If you were referred to Steven specifically, please email him directly. [email protected]

Steven grew up in the small town of Brighton, Illinois, with six siblings (three brothers and three sisters). He began lifting weights in high school at Southwestern High with the football team at age 14 and played basketball and baseball as well. At age 15, Steven discovered powerlifting while continuing to pursue football. He went on to break the school bench press record with a 315-pound bench press at 17 years old, as well as the total record (squat+bench+clean+trap bar deadlift).  At the end of his senior year football season, Steven was awarded all-area and all-conference honors as defensive back, and went on to play Division II football at McKendree University in Lebanon, Illinois.

At McKendree, he played running back and moved to linebacker his sophomore year. After two seasons with the Bearcats, Steven medically retired at the end of his sophomore season due to concussions. He also sustained a shoulder labrum tear that required surgical repair. The following semester, he was the first member of the intercollegiate varsity powerlifting program in the nation at McKendree, serving as the team captain in his two years with the program. He finished his junior year at nationals, placing 11th in the country in the 105 kg weight class. He continued to compete in his senior year, setting records in all lifts: squat, bench, deadlift, and total across three states. He ended his senior powerlifting season placing fourth in the country at USAPL Collegiate Nationals. Steven graduated from McKendree University in 2016 with a degree in leadership in sport and exercise science.

Immediately after graduating from college, Steven went to work as a personal trainer at The Lab Gym in St. Louis, Missouri. At the Lab he began competing in Olympic weightlifting and powerlifting, while also serving as coach for the Team Lab Power Team. He won the best lifter award at the 2018 USA Powerlifting River’s Edge Meet with a 561 lb squat, 374 lb bench, and 601 lb deadlift at 198 lb bodyweight, while continuing to train clients with goals ranging from weight loss and pain management to strength.

In July 2018 Steven moved to Chicago, Illinois, to begin working with EFT Sports Performance as a sports performance coach and with Active Rehab Clinics as a rehab tech, running the aquatic rehab program. He also started competing in Brazilian jiu-jitsu at Gracie Barra Libertyville under Jamil Fakhoury. Steven's most recent jiu-jitsu accomplishment was taking gold at the 2019 International Brazilian Jiu-Jitsu Federation Spring Chicago Open and getting promoted to blue belt.

In July 2019, Steven was introduced to Jesse O’Brien through a mutual friend. Upon visiting Central Athlete, Steven wanted to align himself with the Central Athlete community, as he saw firsthand the amazing work being done. Steven loves to help individuals discover their true strengths and manifest them in and out of the gym. He uses his experience and abilities to break down movements, assess weaknesses, and prescribe the best action plan for each individual.

Start your journey with Steven Fritsch 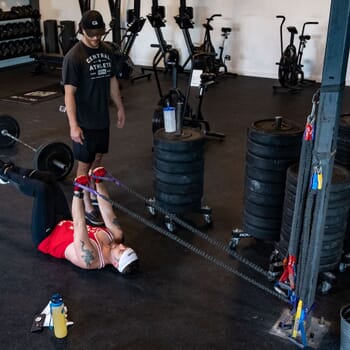 Getting Stronger Through Quarantine: A Commitment to the Process

It’s no surprise that COVID-19 has thrown a wrench into people’s health and fitness goals. Gyms have shut down, and many people have been left to their own devices of improving their lives through ... 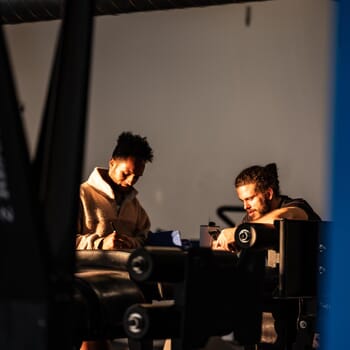 Rarely does a client come along where they fit into a community like a missing puzzle piece, are already committed to the process, and see so much success so early in their training. For Kameron, a...