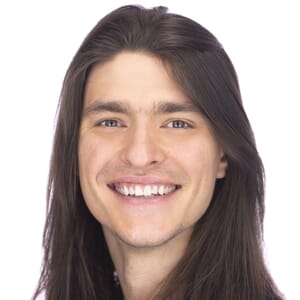 John James Pepper (“J.J.”) was born in Austin and raised in the small town of Blanco, Texas. Though he played many varsity sports throughout his time in Blanco, he never clicked with athletics. It was at the University of Texas that he discovered his love for movement. Uninspired, uninterested, unnecessarily angry, and considering discontinuing his education, JJ was fortunate to have a friend reach out and take him to the gym. After a semester of putting in the time solely for himself, a concept he had never considered, he understood where he wanted to dedicate his life's work: a career in helping others attain similar revelations and deeper understanding of health and wellness. With new inspiration, he switched his major from advertising/communications to kinesiology with a side focus on psychology.

He excelled in these studies and was referenced by his professors to be a strength and conditioning intern for the University of Texas Men’s Basketball team. Here he was mentored in Applied Functional Science and Movement Study under legendary performance coach Todd Wright. JJ also rediscovered his dormant love for sport and joined the UT Rugby Team, where he was an All-Conference forward and played in the Collegiate Rugby 7s Championships. Though one of the most important experiences of his life, rugby brought him much hardship in the form of injury. A separated shoulder, finger, and fractured hip were injuries he meticulously rehabbed back from but a broken ankle in his final year of eligibility effectively ended his collegiate career.

Taking positive lessons from the struggle, JJ graduated with his degree and dove into a personal side study of alternative healing and movement methodologies as he began his coaching and personal training career. His continuing education included his 200HR yoga certification, pilates, flow arts, unconventional tool specializations, breathwork facilitation, Muay Thai, and more. His desire to better understand and mitigate “unnecessary” injury in movement and athletics brought him into deeper mobility training via Functional Range Conditioning, where he specialized as an FRC mobility specialist, Kinstretch Certified instructor, and a Functional Range Assessment specialist.

Over nearly 10 years he carved a successful personal career and spent thousands of hours coaching at countless Austin studios and gyms. Hard work, consistency, time, and authenticity helped him garner flattering accolades in the city: Classpass 2018 and Studiohop 2019 Yoga Instructor of the year awards, and The Austin Chronicle Readers Poll-Best Trainer of Austin 2019. He has been a coach and provider for one national championship team on the high school level, two national championship teams on the collegiate level, and worked with clients on professional and olympic levels.

Even with this success, JJ felt that he could do more and yearned for something deeper in regard to the provision of a more inclusive, specific, and holistic service that approaches health on an individual basis. He toiled with this for a long time when near the end of 2020, he was introduced to Jesse O’Brien and the incredible work being done by Central Athlete. He sought to align himself with this community and is proud and grateful to be a Central Athlete coach now. JJ has dedicated his life to continued self study, the art of coaching, helping others on their fitness journeys, and expediting their process on that journey.

Start your journey with JJ Pepper