Moving Away from CrossFit: Injuries, Energy and Outlook

I give CrossFit the lion’s share of the credit for where I am today, both from the perspective of being the coach and also the athlete. CrossFit is what got me back in shape after falling off, and what allowed me to discover a career path that I found incredibly fulfilling. I think that my path is one that a huge number of people fall into…for better and for worse.

I think many people can relate when I say that at some point I lost perspective and overly invested my mind and time into becoming a better athlete in a sport with demands that were different from my perception of reality. I took a modality of fitness that I began with the intention of losing weight and regaining a level of athleticism and turned it into an obsession—an obsession that I don’t exactly regret, but that left me often injured, perpetually exhausted, and trending in the wrong direction of optimal health. I was training 2-3 hours per day, 5-6 days per week. I was training through injuries, living on a daily dose of NSAIDs, and emotionally living or dying from my success with a given workout. Beyond that, I was rarely if ever exploring the world around me.

Life events, injuries, and my evolving knowledge naturally moved me away from how I engaged in fitness.

In 2018 my wife Mary and I discovered we were going to have a baby! At the same time, I was working with my coach whom I had hired to help me help myself become a better competitor. While I didn’t want to show it, I had a lot of inner turmoil and fear about how I was going to be able to keep up with my competitors’ training routine and manage the extreme life change of being a first-time father.

I believe a lot of people find themselves in this panic-inducing realization of life. I had found something that worked and gave me the appearance and confidence that I had had a hard time finding elsewhere up to this point. Would anything less intense leave me falling backward toward becoming overweight and weak? Would my gym friends who had become used to knowing me as the strong guy with the fast workout times think less of me? I believe that these are fears that many people experience. They know what they are doing is not exactly working for their lifestyle anymore, but they don’t know how to move forward from it.

I found that the responsibilities of this new lifestyle were far more important to me. I no longer wanted to spend so much of my time dedicated to training. I wanted and needed to become efficient with training. Gone were the days of having the time or energy to commit 14-15 hours per week to training. I found that this aspect of working with a coach was even more important than when I was trying to be competitive. Working with a coach to make sure that everything I did in training that was necessary to keep me fit without wasting my time was incredibly important. Impaired sleep and heightened stress created the necessity for my workouts  to leave me energized instead of delivering impactful hits to my central nervous system. 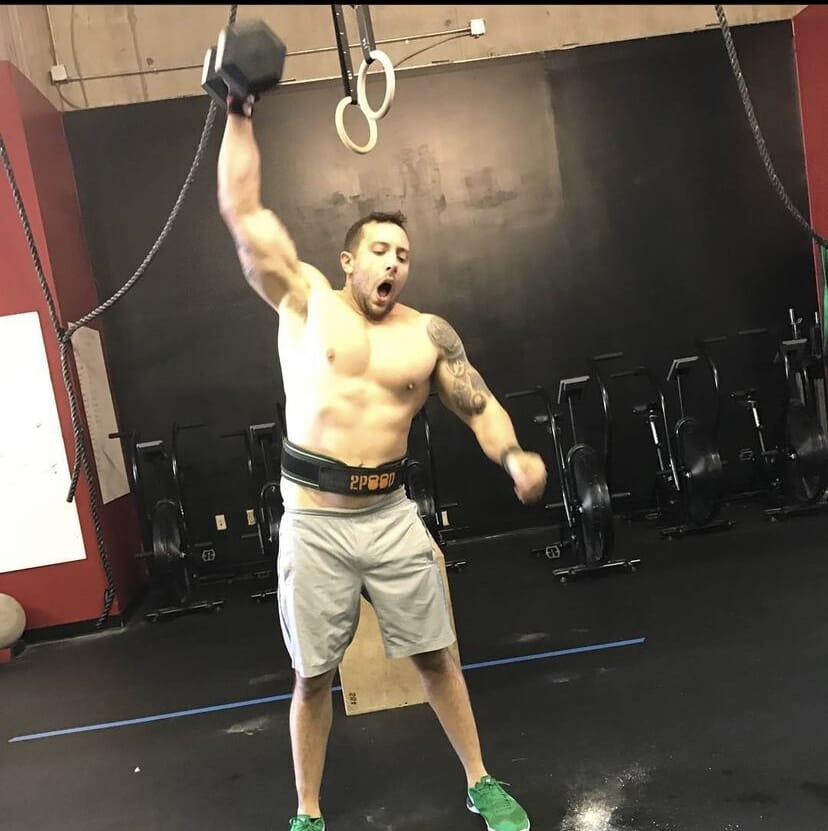 Health and Fitness Are Not the Same

I believe that most people enter CrossFit-type gyms with the intent of losing weight and improving their health. I have also seen these same people quickly get swept up in something that leaves them aesthetically ‘fitter,’ stronger, and more capable. But because of the focus shift toward ‘sport,’ both injuries and derailment of their nervous system become extremely common.

While training as a competitor, I tore my hamstrings several times, tore my pec, strained my MCL, meniscus and hip flexor, and experienced nagging shoulder issues. I was exceeding my capacity by delving into training volume that my genetics, recovery, and level of experience couldn't support. This recipe is something I believe most competitors adopt.

Beyond these physical injuries, I later found out that internally, I was not a picture of health, either. Hormone testing revealed that my cortisol levels had tanked—partly due to long-term training at levels of intensity that I could no longer support. My body was stressed out.

I couldn’t and probably didn’t want to see what was clear: despite having big muscles, being lean, and lifting weights quickly, I was not healthy.

My training now has health and longevity as its hallmark focus. I still incorporate movements and things I enjoy in my daily sessions. But what I discovered and appreciate the most is my body feeling good. Kipping pull-ups, snatches, high volume shoulder-to-overhead are among a few other things that  just don’t work for me; and I believe there are a lot of people out there who are dealing with inner turmoil knowing that they aren’t working for them either.

A World Outside the Gym

A major belief of CrossFit is to “regularly learn and play new sports.” But instead of seeing and exploring the world around me, I had committed all my time, focus, and energy to what happened inside the gym. I have found this to be extremely common. Those who entered the gym to improve their life and health were spending— just a few months later—hours upon hours outside of class killing themselves to get a toes-to-bar or other high-end skill. Like me, they lost perspective of the life happening around them. The world began to shrink to the four walls of the gym, with no exploration or true awareness beyond that.

Once I began to release my myopic focus on what I was supposed to be doing with my body, the world naturally began to open up. I had recovered great chunks of my life in a holistic sense every single week.

This realization has transformed my biggest regret to an opportunity: my most empowering re-lease on life. I began to look at fitness as a way to say “yes,” to have an idea or a desire to try something new, and to have the physical capability to say “yes.” Regularly exploring nature in a manner that uses the fitness that I build, and engaging in new sports that challenge me in different ways, have been the most rewarding parts of my paradigm shift.

There are many ways to train and I implore people to look at the bigger picture. Those who have become hypnotized in a modality of training that works against vitality (without the payoff of being a high-level competitor) have options. You can reach an incredible level of fitness and health and do so in a way that allows you to  participate fully in life. If you are struggling with that conflict, I would love to show you the other side. Schedule a free strategy session with me today HERE. 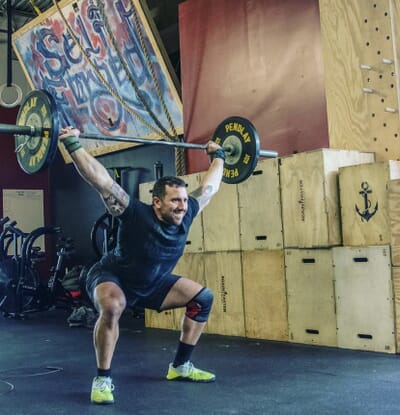