Desiring More From Health and Fitness

Zach has always been what he describes as “a health nut”. When I first met Zach, he was already focused on important biomarkers such as sleep, stress, eating nutritious foods, maintaining an exercise routine and an overall healthy and active lifestyle. Zach came to Central Athlete desiring more from his health and fitness. He had worked with trainers and done his own research on exercise and fitness, but nothing created sustainability for more than a few months at a time. Zach realized:

“...as 40 loomed I realized it was time to commit to a better path but I didn't trust myself to figure it out on my own and I think it's awkward to spend time 1:1 with a trainer every day, especially given my travel schedule. Like many people, if I'm left to fiddle with my own training plan, I tinker too much to make it effective. And let's be honest, I have no idea what I'm doing.”

Zach came in with a few simple goals in mind: to build foundational strength, increase aerobic capacity, and continue to focus on recovery and mobility.

From our first conversation almost a year ago, I knew that Zach was a unique individual. He had done things that had been successful in the past, but desired more. He wanted to be pushed out of his comfort zone, but my impression was that he didn’t know where that was quite yet. I viewed his history as a recipe for success because he had always followed through with his commitments. As the coach, I knew I had to get him to understand a new perspective of sustainable training practices, and with that, the results would follow. I also knew that this shift in perspective would unlock a world of potential for Zach as he would begin to understand that he could physically push himself further than he originally thought. Over the past year, that is exactly what has happened!

“My relationship with CA and Steven is about stretching my definition of what I’m capable of.”

Zach is a communicator. A trait that as a coach I can appreciate very much. Zach and I always maintained a great line of communication through training, consults, and even his crazy travel schedule. We worked together to articulate specific short term goals based on his current level and what was attainable in a given amount of time. Over time we’ve been able to know and understand what the other person was thinking before it was ever spoken.

“I've had a few instances where some frustration will build...where I feel like I'm plateauing or that he's not pushing me hard enough. Then before I've had time to tell him, he's somehow already anticipated my thoughts and adjusted the plan. Something clicked between us and unlike every other past experience with a fitness program or trainer, the thought of switching to something else hasn't crossed my mind once.”

Over the past year, Zach has progressed leaps and bounds from where we started. He dropped his body fat percentage from 24% to 14%, while maintaining his body weight of 180-185 lbs. His strength increased from unloaded barbells to 355 lbs in the deadlift, 265 lbs in the squat, and 225 lbs in the bench press while continuing to build an enormous aerobic base. The addition of a six pack certainly doesn’t hurt either.

With his 2021 goals already accomplished, Zach and I have moved onto applying his newfound strength to skill based movements like olympic lifts, handstands, ring work, etc. with goals of learning how to handstand walk, perform a strict muscle up, and hitting a 225 lbs power clean. I have no doubt whatsoever that he will not only hit these goals, but surpass, again, what he thinks he is capable of.

“The most important accomplishment was mental. I've become a person who can't imagine not training every day. For a year I've trained 1-2 hours a day, six days a week with no missed days, except a grueling four day mountainous backpacking trip during which Steven gave me a set of core exercises to do to counteract the effects of carrying a 60 pound pack up and down mountains. I've become a person who looks forward to doing the work. I'll look at Steven's plan for the day and see something incredibly hard and actually look forward to doing it. I'm more proud of that mental shift than any PR or new skill.

Working with Zach over the past year has been as incredibly rewarding for me as it has been for him. Taking someone and showing them their true potential is why I love coaching so much.The PR’s and the skills learned are great, but developing a lasting friendship makes it all the more rewarding.

If you desire more from your health and fitness, and more from yourself, schedule a FREE strategy session with one of our professional coaches and see how you can take yourself where you didn’t know you could. 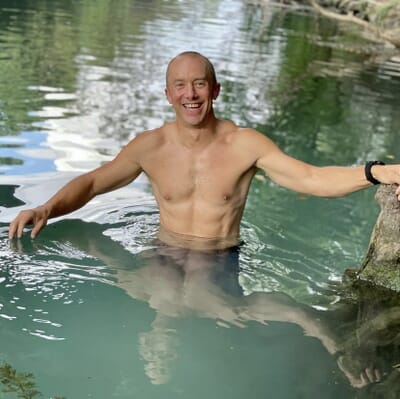