One of the most powerful aspects of health and fitness is the realization that everything begins and ends inside the brain of the individual. Every choice before, during, and after the gym is mostly influenced by the individual and their emotional and mental state. This realization is so powerful because ultimately the only limitation to getting to a specific goal is the inability to connect the brain to the goal, and adapting to each stressor during the pursuit. While this theory is relatively simple, it has been proven time and time again as people overcome various adversities in the pursuit of a goal in fitness, not by any special exercise or routine, but by overcoming the mental barriers that impede this process.

Why is it that our brain is our biggest ally, but also our biggest enemy? Why is the battle always fought in the brain? One theory that suggests the best explanation is the Central Governor Theory (CGT). In short, the CGT is based around the premise that the brain will override your physical ability and “shut the body down” before any serious or permanent damage occurs. This simply means that your brain is trying to preserve your health, rather than any physiological reality. This is much different from the original assumption that hypothesized that fatigue was a result of the perception of fatigue. Understanding what the brain is communicating with the body can make an enormous difference in determining when to push through, and when to adjust.

As a coach, I see this limitation presented most often in athletes or clients that are moving out of the beginner stage and start to become more intermediate in experience and skill level. In the beginning stages of fitness, the most important adaptations that occur are neurological. With the use of tempos, pauses, isometric holds, etc, the intent of the training program is to develop a neurological adaptation within motor skill/motor control. This simply means that the client must adapt the ability of certain movements (squatting, hinging, lunging, pressing, etc.) from conscious execution towards unconscious execution. The adaptation occurs when the client can begin to connect movement and the feeling of movements to the brain, and understanding what certain positions/movements look and feel like in order to ensure optimal performance and safety.

Why CGT plays such an important role in the next stage of fitness is that once a neurological adaptation has occurred, the time comes to push the musculoskeletal system into harder, more forceful contractions. In order to achieve this, the intensity must be pushed and weights must go up progressively over weeks and months. This is vital for success in resistance training for strength, conditioning, weight loss, body composition, etc. This is also the stage where the “central governor” begins to have more of an influence over the client. CGT is a balance of physical preparation and biological systems, emotional components (motivation, pain tolerance) and self-preservation. The combination between these factors is what leads to how hard clients are able to push themselves. When intensity of training increases, the more these factors start to play a role in performance. This is the stage where the client will begin to have limitations that are not always physical, but resign rather within the “central governor.”

So, if the battle is between the ears, how does one override the CGT? There’s no switch that we can just turn on and off, but there are ways to combat the central governor and understand that the brain is just trying to preserve homeostasis, and not that something is too difficult to achieve. The first way is just staying consistent with training. If one encounters a stressful stimulus, initially it will take a minute for the brain to recognize and understand the implications. Frequency in exposure to training stimuli will help the brain understand the contractile potential of the musculoskeletal system and allow for the body to push itself without needing to limit top end potential. 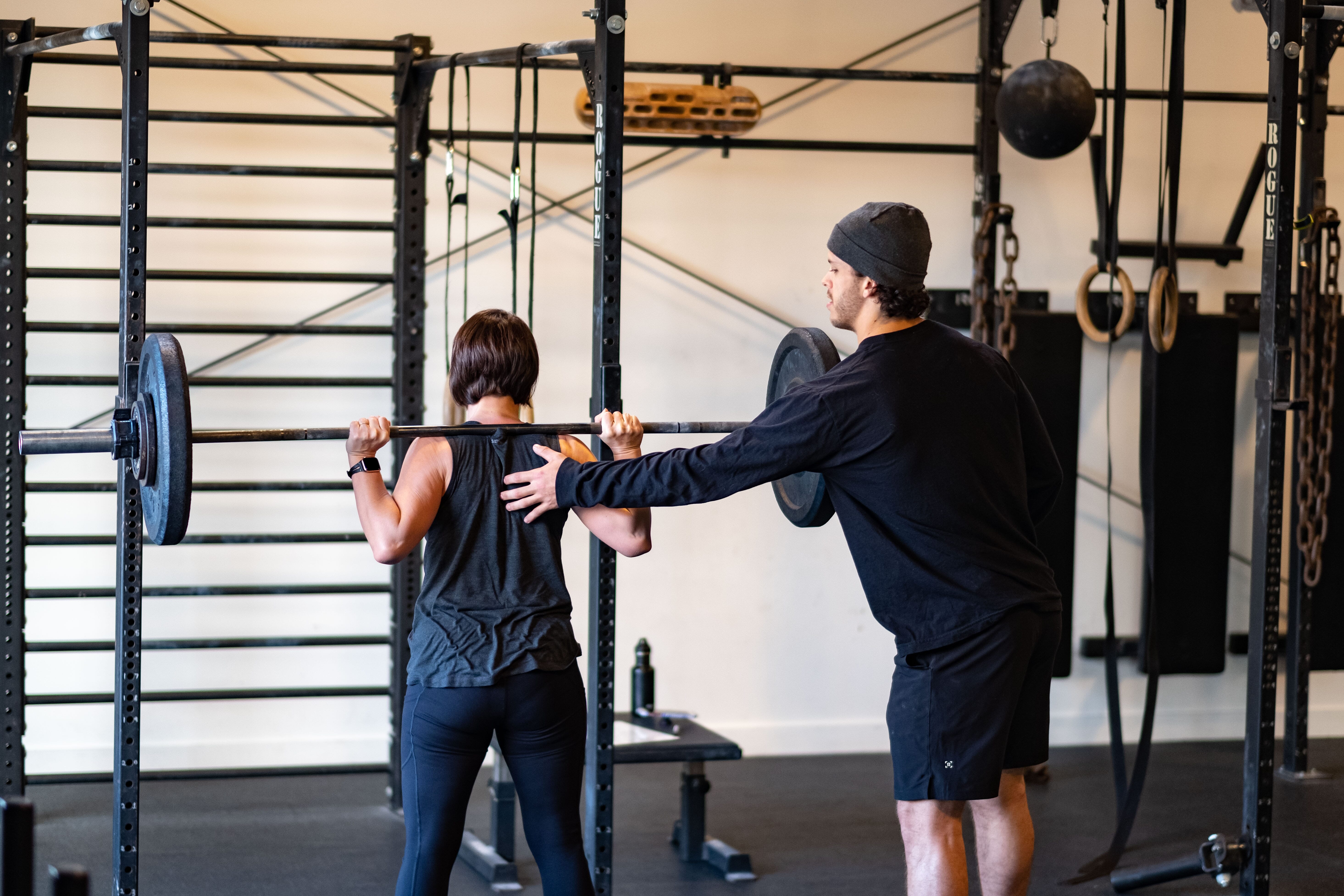 The second way is through mental training and visualization. More often than not, the thought of doing sets of ten repetitions in the back squat is more scary than actually doing it. Positive self-talk and visualization are great techniques to begin connecting the desired outcome to reality. Focusing in on preparation, technique, and execution are vital to overcoming certain plateaus and to push into new depths in training and fitness. One visualization technique that I, personally, like to use is lying down on my back with headphones, focusing on diaphragmatic breaths, and simply watching myself warm up, taking the exact planned jumps in weight, and executing every set to perfection. When I do this, my heart rate will go up, my palms will begin to sweat and I feel the adrenaline start to pulse throughout my body. This physiological response tells me that my visualization technique is working, and more often than not, this process pays off with personal records even after strength training for 12+ years, as I am more mentally prepared for the challenge ahead.

CGT is a great way to explain and gain awareness of fatigue and its effect on exercise. The brain can get in the way, as it is trying to help you stay alive, but it’s also the single most powerful tool to push past perceived limitations and overcome certain physical stressors. With understanding CGT, we are attempting to learn how to ignore the perceptions associated with fatigue. If you’re stuck in a plateau with your training, perhaps merely gaining awareness of the brain and body’s natural process is enough to help you dig deeper during those difficult sessions and come out on top. As there are many factors involved in CGT, schedule a FREE strategy session with one of our professional coaches to see how you can elevate your training, nutrition, and lifestyle protocols to push you to your goals and beyond. 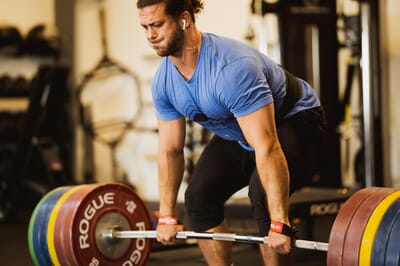